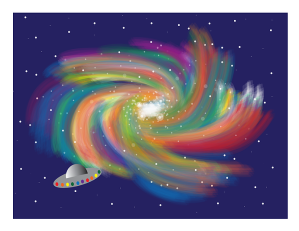 A Trip To Space By Keanna Maki (Final Frame)

This web comic project challenged me in many ways, but I see how it was able to help me develop skills I didn’t have before. Finding out what I was going to do for these comic assignments had always been difficult for me because I either have lots of ideas or very little. I was intrigued with the fact that we were given the opportunity to actually design some kind of web comic. I then thought of making my own gifs to make this comic unique. Unfortunately, I decided that I did not feel like I was at that point of understanding, so I ended up creating a comic through illustrator and putting it in a website instead. I am glad I took this route because it took me so long to create my comic. I was even worried that, even with the extension, I was not going to finish on time. Luckily, I was able to pull through and produce something that I am proud of.

As far as creativity in my comic, I based it on a story about an astronaut and alien in space becoming friends. This was an idea that I wasn’t sure about in the beginning, because again, I had so much flexibility surrounding this project, but the more I thought about the story I knew I wanted to pursue it. Even though, I realized many other people ended up having the same ideas of their characters being astronauts and taking place in space, I think my comic still had its own originality to it. The process of creating the comic was all through Illustrator. I used my familiarity with shapes and combining shapes to create most of the animation. I tried out different brush types to create different looks. I also tried colors that blended with each other to create images that would stand out. This comic was a step-by-step process. I started off with an idea for the beginning of my story and then frame by frame, I worked myself through the story of my comic, having what I wanted to include in my mind at all times.

I embraced web viewing by having the basic scrolling method. So, when you go to my comic website, you will reach a home screen and then click on a button that says “Launch” and then that button will take you to my main comic where you will start at the top and then scroll through it till you reach the bottom. The possibilities of web presentation that inspired me is how creative you are able to be with your comic. Instead of reading a basic comic, you can add more enjoyment for a viewer through the presentation of the comic. Limitations of web presentation is putting in that extra effort of scrolling or clicking through images. I think that there is lots of potential when it comes down to using the web. I hope a reader will understand the story of my comic. I know that my web presentation is a common way to portray my content, so it is up to my comic to really highlight the individuality. My web comic is meant to be viewed on a desktop or laptop only. I did try to view it on my phone, but it appeared to have some weird glitch and I am not sure why. I wish it could be viewed on more devices, but I think that is something I would have to go back in and alter some kinds of settings that I am not familiar with yet.

I would think Scott McCloud would comment how my comic captures the essence of what a web comic should look like. Scott McCloud pretty much shared that there are no limits to how one can portray a comic or what they can portray. I feel that in every piece of work I have done, I have had some kind of aesthetic appeal to it which does connect to his definition of comics. Again, I used Illustrator to produce my comic because I was more familiar with creating animations and actually felt more comfortable using it. What really helped me create my comic was the artboards in Illustrator because then I could get a sense of what my comic would look like as a whole. The process of putting my comic on a website was quite difficult for me. I started off wanting to produce a website with WordPress and then found that route not quite what I was looking for. I then switched to the web software WIX where I found it to be way more flexible and allowed me to create my own website exactly how I wanted it to be. I would say the switch was necessary and gave me what I was looking for.

In order to get my files from Illustrator to my website, I followed the directions of saving my images to a PDF and JPG. After that, I used the single frame images of my comics and uploaded them all at once to my website. I then had to organize each frame one by one which took some time. Something that let me down was that even though I saved my images with 300 resolution, some of them still came out grainy and not how I pictured it to be, so I had to make some last-minute adjustments. Overall, I learned that there are so many possibilities and opportunities working with and without technology. During this project, I was able to try out different things such as creating more appealing work through Illustrator and finding ways that I can showcase my comics. I feel that I will definitely use this experience and learned skills in my future.