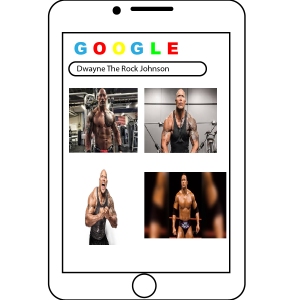 One of the panels where I used both Illustrator and Photoshop to create the image.

What inspired me to design the comic how I did on the website, was to set it up in a way for the viewer to physically interact with it. The use of vertical scrolling was mainly how I envisioned the viewer being able to interact with the comic, while also aligning the frames differently around the page. I think having the frames in different places and sizes really helps the reader engage with what is going on in the comic and makes it “different” than other comics on the web. When the comic is viewed on a mobile device rather than a computer, the frames don’t appear to be in different places, but there is still a scrolling action the viewer has to do in able to read through the comic in its entirety. This is something I couldn’t control on the Wix website itself, but it appears to align in different ways on the computer screen.  I think that Scott McCloud would say that my comic accurately represents the definition of what a comic is. The different sizes create a sense of time, the closure seems to be action-to-action, and it is organized in a sequential way for the viewer to read through.

While making this comic I mainly used Illustrator to create the images, but I used photoshop in various parts (the panels where “The Rock” appears). I used both of these platforms in order to create the comic because I am not experienced with merging above programs and being able to manipulate different aspects of them. This was a great learning experience for me being that I am new to using these programs as well! To post my comic I used the Wii site and built my own website. I wanted to do it on Wix rather than WordPress because I would have more control on where and how I placed the images on the screen. To post them on the website I exported each artboard from Illustrator and changed the sizing and placement on the website. I think the biggest thing I’ve learned throughout this project is how to two different Adobe platforms, how to merge them together to work on them, and how to export each dartboard individually for use on a website!