Posted on December 7, 2019 by janetkwamboka

On my first creation of my web comic i decided to write about Christmas which is a holiday we celebrate at the End of the year. I was interested in Santa clause clothing and i thought of what if i made my own? and as we look around its Christmas season where we get to celebrate with our families and sharing with the less fortunate. At first i thought it would be hard to just make one of the picture that will be appealing to people and attractive. I knew it would also take me a lot of time to make from the beginning, which i later on started enjoying forming the shapes on illustrator because i had a variety of tools to make the face and adjusting them compared to Photoshop. 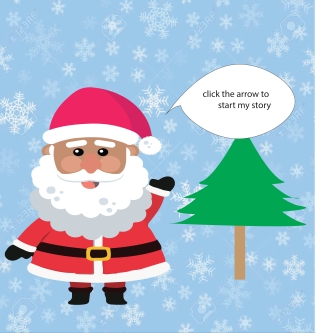 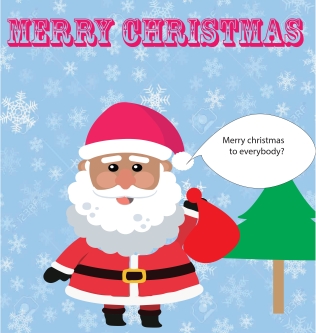 As i was making my web comic, a couple of ideas displaying my web comic inspired me  just by uploading and how the file on the website looks after the final touches. I also realized that i can’t edit some thing on a web comic after am done with my work unless i start all over again.  I was limited to use a saved illustrator file to upload my comic on the website which was again not what i expected after long hours working on the web comic.

The reason i chose Wix to display my website was that it looked appealing to my viewers and they can click on the allow to move to the next page. there are some things that you cant edit on Wix since it is a site used by many unless you have your own account with them. I also think if my web comic is viewed in different devices, the panels are going to be smaller where you can click on the arrow to go to the next page which is clear what to do next. According to Scott McCloud the juxtaposition of my comic elaborates how the effect of colors i used can clearly be seen and the placement of the shapes to come up with such a great combination.The panels are also placed in a position where the reader can identify what the comic is all about

I pretty much used illustrator because it game me a variety of shape tools to use while while making my web comics i feel like i prefer it compared to Photoshop. and since i do not know how to use css and Html i used Wix to upload my web comic and it wasn’t that complicated because i used it in my DTC 101 class. I edited the pictures that were displayed on wix, and since i couldn’t use the saved illustrator file, i uploaded the jpeg files on Wix and they gave me an alternative to arrange them by page . after am done i had to click on publish then preview to go on my web comic where i can click from first page to the last.

During my project i learnt more details on using the property and forming layers and also dragging some shapes on the layers if something is on top of the other. and since i used the mac computer i was able to know how to copy and paste using command C and Command F, zooming the pictures whenever its not clear whatever am adding.