I actually really like the movie “American Splendor” not really because of the storyline but because of how it was produced. I feel like the way Harvey Pekar decided to tell his story was not a very tradition way of putting together a movie. There was almost like two main narrators throughout the film because of how he added cut scenes of him and his wife talking about their life in a separate setting from the film. Not only was it a different setting from the main storyline but it was set in the future and they were looking at themselves from a third person point of view perspective. I thought this was a cool way of producing a film and it made me care more about the characters in general. I actually have never even seen a movie like this one before and I was kind amazed that it worked so well being so far off from a traditional movie. This type of producing was really unique for telling a story. In Scott McCloud book, he talks about how comic book writer envision what they want to produce before the they even star. “Ask any writer or filmmaker or painter just how much of a given project truly represents what he/she envisioned it to be.” I feel like this quote in the book really summarizes how the movie American Splendor was produced because to me the entire film seems to be Harvey vison of how he wants his story to be told. Even though it not a very traditional way of producing a movie I thought I worked out well! 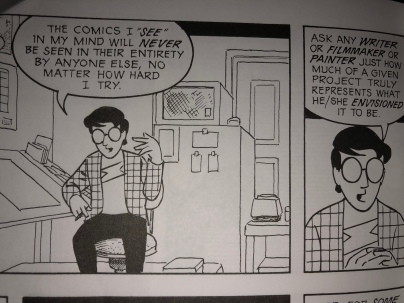 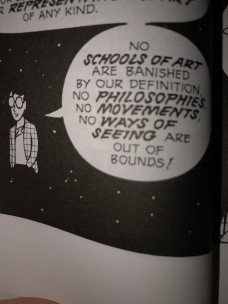 Which leads me to my next connection between Scott McCloud book and Harvey Pekar movie. When Scott McCloud is describing the rules of comic books I could help but thoses rules to anything that has to do with your creative imagination. In the book he says “ No schools of art are banished by our definition, no philosophies, no movement, no ways of seeing are out of bounds!” I feel like this was the attitude towards Harvey creating the film mostly because of how none traditional it was. Ultimately there are countless ways to produce a comic or movie you just have to use your imagination. 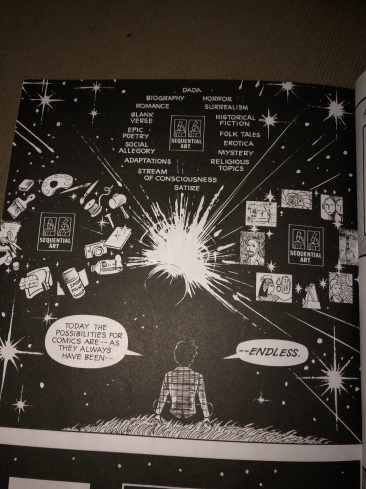 Some specific concepts I noticed in the film that we cold relate to the book was he included time stamps of the top left of certain scene to help give the audience more information about the setting through the film. Scott McCloud used this throughout the book and I (myself) actually included this in my comic project! This was interesting because he merged the comic book world with reality which gave off a cool effect. Scott McCloud not only talks about this in the book but I also have seen examples of this, in his Web comics! 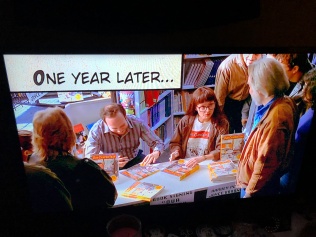 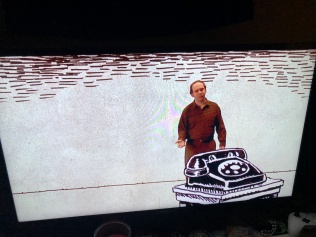 My name is Aidan Aumell and I am from Sammamish Washington.I have a brother who is 21 and goes to Western. In my free time I like to play soccer, Watch TV, hangout with friends, or go to raves. My mom went to WSU and that one of the reasons I came to school here.
View all posts by aidanaumell →
This entry was posted in Fall 2018 Archive (201), Uncategorized. Bookmark the permalink.