Posted on November 1, 2018 by juangblogs

In Scott McCloud’s definition of comics, he explain comics as being juxtaposed pictorial and other images in deliberate sequence. Since my comic is called ‘Stranger Danger’ and basically a horror type, I used a lot of jagged and hard lines in the panels. I left a few images without a set panel to create a variation and keep the storyline interesting and suspenseful. These vary in size and shape but like addressed in Chapter 5 of McCloud’s “Understanding Comics” lines can convey emotion. The amount of detail that I added on the stranger in my comic is considerably less than the driver to signify a mysterious mood. I designed this character with emotionless facial features and dark silhouettes. Turning to the objects displayed in the comic, I would say that a lot that influenced that are those known as “Subjective Motion”. In few instances in my comic, it shows the car moving and taking off, with repetitive lines either behind of front of it to impose it driving off. I tried to portray a reading of the panels from left to right and is best used in print. This is the ideal reading environment that hopefully my viewers will look at it as a more “spooky” and kind of suspenseful comic. The experience of reading it digitally is different because of the scrolling and zooming in. The reader would focus more on trying to see the words rather than reading it, and that is why it is best in print format. and The comic is short and since it is in black and white, it seems more old-fashioned, almost expected it to be in print to get that full, eerie emotion. This is helped by the comics sequence used from the idea of subject to subject. The exchange between words from both subjects helps guide the reader to feel the awkwardness that is shown throughout the storyline. 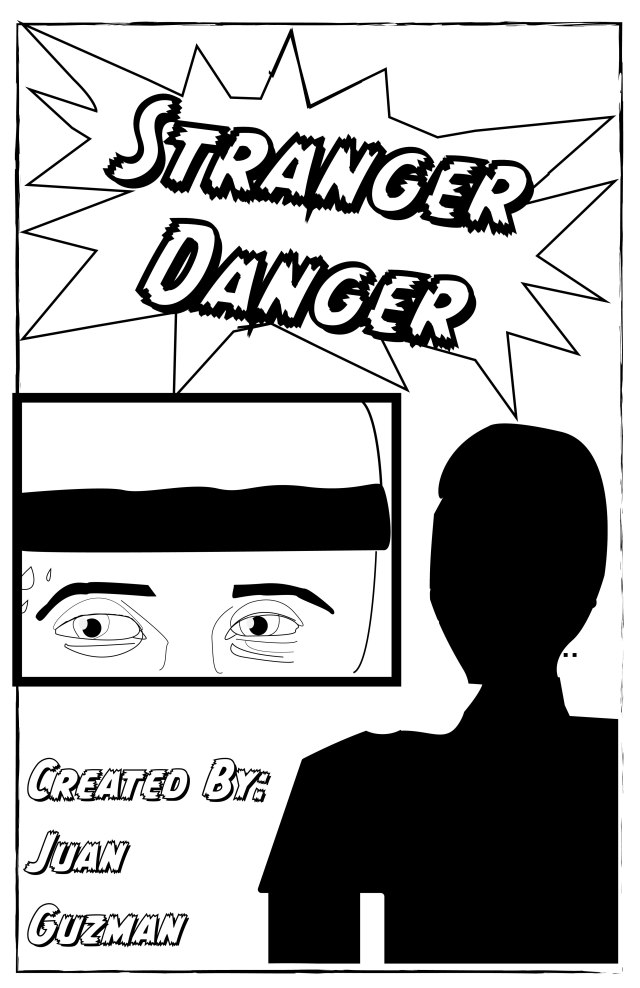 This entry was posted in Fall 2018 Archive (201), Uncategorized. Bookmark the permalink.